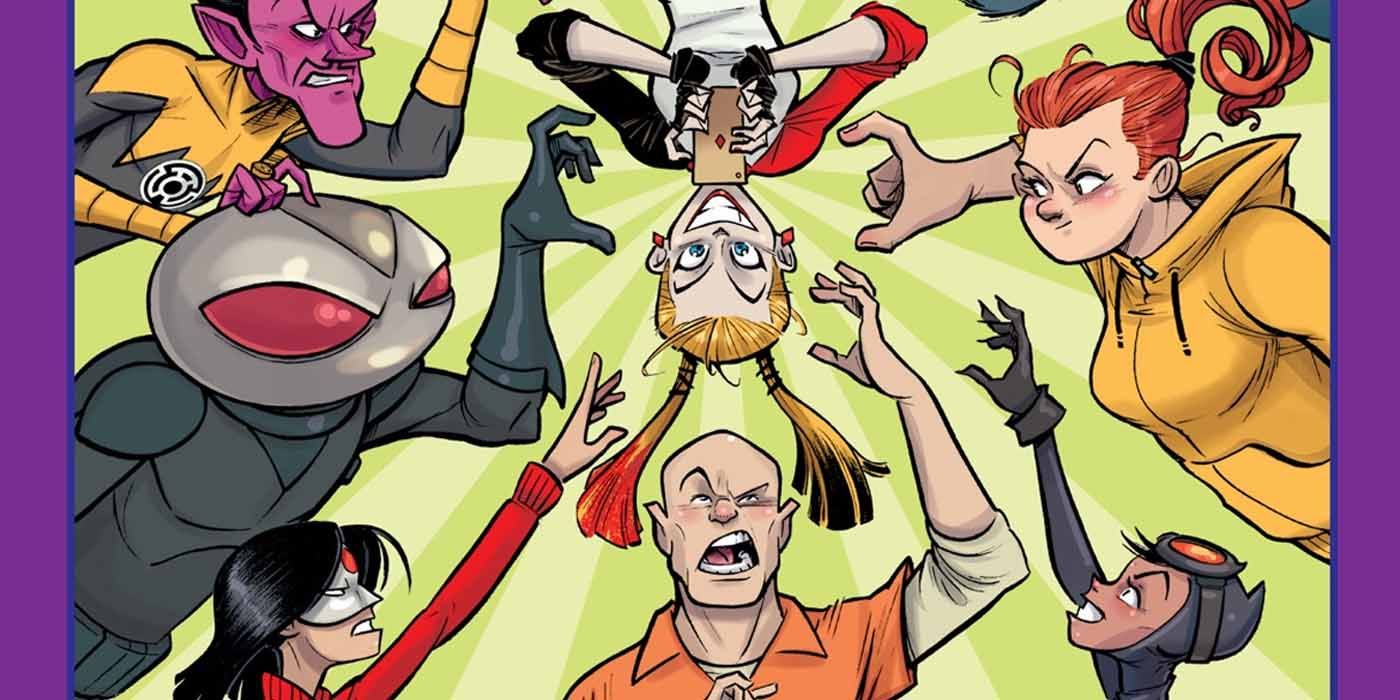 In 2019 there was a book released by DC Graphic Novels for Kids, called ‘Dear Justice League’ and as much as this book is for kids, I felt like it was something truly special that spoke to people of all ages, about how it’s natural for people, even super heroes, to make mistakes. The book was full of great humour, bright tones and brilliant artwork. It quickly became one of my favourite books, despite it being aimed at a younger audience.

A year later, as teased in the back of the first book, Northrop and Duarte were back again, this time with the opposite side of heroism, as they released their sequel book, Dear Super-Villains.

Lex Luthor is imprisoned at Blackgate Penitentiary and the Legion of Doom has discovered that without his stern leadership, the team is in a state of constant quarelling. Each member of Legion has their own missions to accomplish and when they get a few minutes to do so, they check their emails and letters, to answer the questions of quizzical kids.

Grodd tells us how he became so smart, Catwoman tells all on how Batman manages to defeat her each time, Giganta explains the struggle of being tall and how to overcome the bullying and the comments that others might say, there are just so many questions and this book tries to answer the best of the bunch in a hilarious and light-hearted way.

However, you can’t always trust the internet as Manta soon discovers that his desire to please his biggest fan, leads to their plan to break Lex Luthor out of Blackgate being foiled by the Justice League.

The writing is just brilliant in this book, as it really appeals to the younger audiences, not just in it’s simplicity but also with it’s use of modern humour, such as it’s use of puns, or it’s pop culture references, like using catwoman to represent a cat meme that says “if I fits, I sits”. This allows the book to be appreciated by young readers, teenagers and even adults.

It’s light-hearted humour makes it an easy read that allows you to take a break from the serious tone of the more mature DC Comics that we’re used to reading. It’s pretty much a parody of the DC characters we know and love, but Northrop’s passion for their source material and origins shines through in a way that fans can enjoy.

The pages in this book are ablaze with colour, from panels to pages, there is as abundance of clean harmonious colours that really make the images pop. From the bright green, double-paged chapter title pages, to Lex Luthor’s bright orange prison outfit, this book has not shortage of colour from cover to cover. It appeals to the younger audience and catches anyone’s eye when it’s around.

Gustavo Duarte does a fantastic job at bringing the characters to life, from their styling to their expressions and actions. Seeing the characters pulling funny faces just makes the book more enjoyable. The characters also feel more like teenagers which will appeal to the young readers, but as I say that, it’s not entirely out of character. You can imagine Harley Quinn sitting on a table instead of the chair, or hanging upside down because she’s just a bit crazy and likes to live life dangerously. Gustavo Duarte brings these ideas to life with his illustrations that jump out of the page and leave a lasting impression.

Northrop has managed to once again create a brillaint work of literary guidance that is just as wise as it is fun. Accompanied by the art from Duarte, it’s easy to see why this book is so appealing, but it’s also easy to not realise that it has so much more to offer, regarding it’s life lessons for all ages. It talks about accepting the changes you might go through (Giganta’s chapter), the feelings you might have of feeling like you’re not smart (Grodd’s chapter), or even the overall theme on how things workout better for everyone, when we work together. It’s a book that speaks so many truths and disguises the life lessons with it’s brilliant humour. It’s a modern classic that I would highly recommend to any fan of DC Comics, especially young readers. Heroes and villains have been teaching us life lessons for years about greed and being unkind, but this book puts it all out on the table by using the Q&A format in the style of a comic that has an overall plot going on in the background. It’s simply spot on.