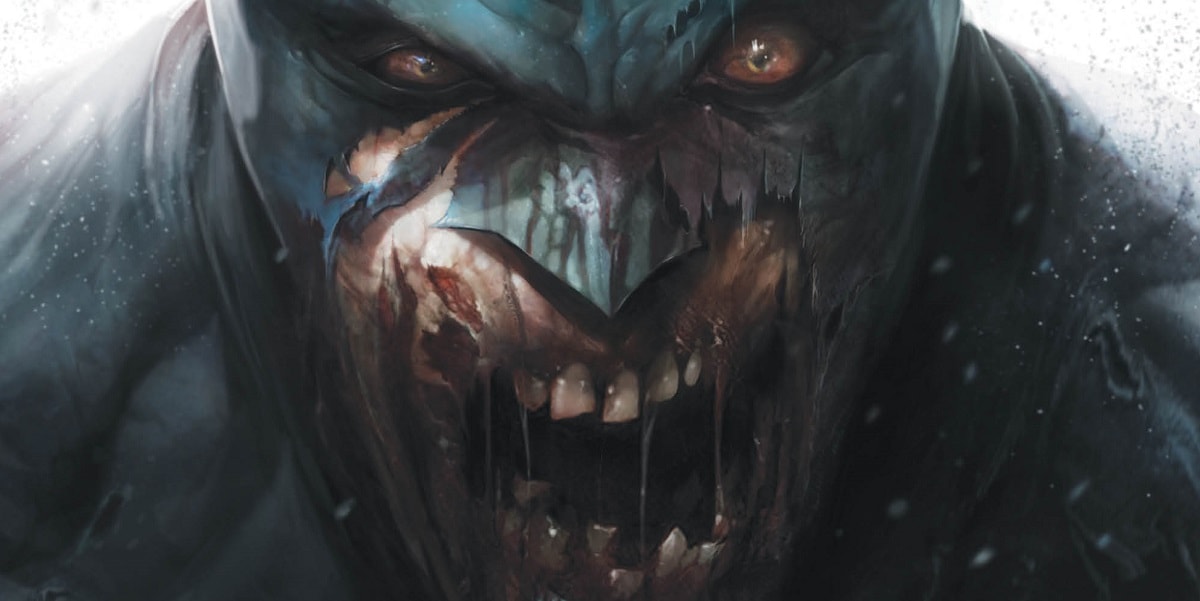 Darkseid, archnemesis of the Justice League and humanity itself has finally unleashed the infamous anti-life equation. A deadly virus that can wipe out entire civilizations in a matter of minutes. What will our heroes do against such an unstoppable force? Can they survive? All that and more is included in this gripping, dark, horror storyline written by Tom Taylor, who is probably most noteably known for his other dark, destructive works in DC Comics known as Injustice: Gods Among Us and the continuation of the series simply known as Injustice.

As a writer, Tom Taylor is well known for his serious plots in the world of superheroes, grounding them into a darker reality than other stories in the mainstream, and more canon plots, might, which makes his work incredibly powerful to behold. The Injustice storyline has seen the rise and fall of so many great characters in what seems to be a very ‘no one is safe’ situation, and in his latest six issue miniseries DCeased, this seems to be a recurring theme for Taylor.

DCeased #1 – Going Viral, jumps right into the action, with the Justice League confronting Darkseid after what is said to have been a week long battle to save the world from his invasion. However, jsut before Darkseid returns to his home on the planet known as Apokolips, he tells the JL that he has no need to return to Earth because he found what he had come for, which leaves the team feeling uneasy, especially when they discover, courtesy of Batman and his immoral yet justified need to place a tracker on him, that their team member and friend Cyborg has gone missing.

This story takes us on a journey throughout the many cities of the DC Universe, starting more prominently, in this issue, in Metropolis, one of the biggest cities in the DC franchise, home of the Man of Steel himself, Superman. The virus has been unleashed on the world through the technology and social media we use everyday, and the heroes desparately seek to help humanity, but more importantly, they all quickly seek out to protect their families, which doesn’t always turn out for the best, as for some characters, it’s too late.

No huge spoilers on this review as I want to avoid spilling the beans on who gets infected, who dies, who comes back etc. It’s a very gripping story that leaves you on the edge of your seat as you read through each panel and gaze at the incredibly horrific images that show the world of our favourite heroes in a dark and seemingly hopeless situation.

The majority of the captions in this book are kept short with bold clear lettering that cause the feeling of panic for the character and the reader. As you turn each page you feel dread and almost don’t want to know what’s about to happen, but you can’t stop reading this book once you’ve started.

The artists have done an incredible job of bringing the DC Characters we love into a horrific world where all hope feels lost, and the team focus on family which makes it heart wrenching whenever we see one of the teams family members on a panel, because we hope that nothing bad happens to them, but with Tom Taylor at the helm, as I said before, no one is safe, not even the heroes themselves.

There’s a lot of use of shadowing in this book which brings forth the darkness of the situation on a more often than not lighter world. The tones marry perfectly with the writing and imagery, giving it that horror movie feel that isn’t always easy to do in a world of caped crusaders.

The finale of the book takes the horror to the pinnacle however, which makes it a painful monthly wait for the next issue, but with only one issue left to be released in this six part miniseries, now would be a good time to pick up a copy of the first five issues for yourself and read this incredible story, that has quickly become a fan favourite, myself included.

Overall bringing the element of horror to the DC Universe was a good choice, and Tom Taylor has written another great plot with plenty of twists and turns that leave you relieved or heartbroken. The artists that have worked alongside him have brought his story to life in the best possible way, with gripping imagery that demands your attention from the cover to final page, it is without a doubt going to be a classic in years to come.

This comic gets a 5/5 from me because it really does leave you wanting more, and as a fan of darker stories, this book was perfect in pairing horror with DC characters.

Check out the gallery below for some of the many covers/variants this issue has!